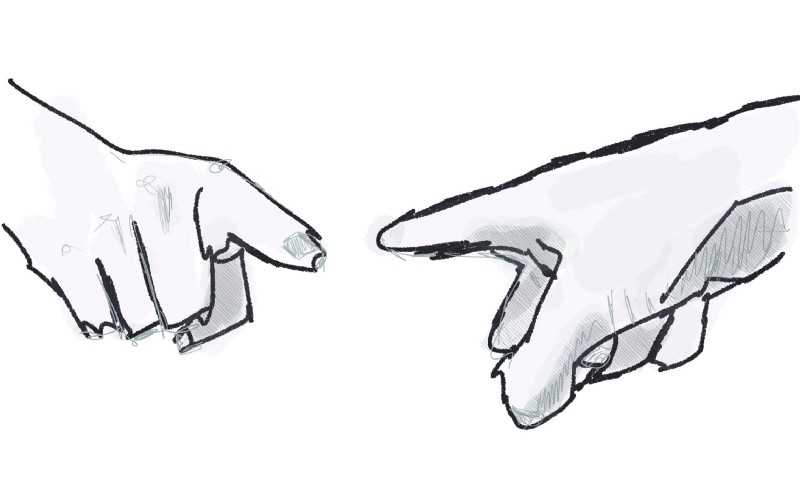 In most dysfunctional situations, everyone is (somewhat)

But…you don’t completely trust [other person] either. It’s a cycle.

Yes, there’s a growing mountain of technical debt, and you’ve been waving your hands about it for months.

Yes, someone is micromanaging you.

But…you’re also purposefully cutting them out of conversations and putting up a wall. It’s a cycle.

When there’s a chronic issue plaguing your team and/or company, it is very likely that everyone involved has a reasonable “case” AND is also behaving badly (or at a minimum conveying distrust, defensiveness, and skepticism).

I often write about limiting work-in-progress and pull-based workflows. The challenge with environments that chase high utilization is that the “problem” can spiral out of control and manifest in all sorts of ways that feel malicious, self-interest driven, and inconsiderate.

Are they purposefully not allocating time to my project? Why can’t they see that we’re totally drowning here! The team keeps missing their deadlines. Do they even care anymore? We just jump to the next project. No one cares about doing a great job! Ugh. Can they stop complaining for a second!Before you know it, the symptoms — the second and third order effects — are viewed as THE PROBLEM. It becomes a leadership problem, accountability problem, and a culture problem. It becomes a “we just need the right people in the right roles” problem. Things get serious. You’ve gone from one imminently solvable problem to many, many intractable problems. And the kicker: then people fight over who is qualified (or has the best plan) to solve the BIG PROBLEM, which in itself — that power struggle — becomes an even BIGGER PROBLEM.

Something as “simple” as loading up on too much work at once can spiral way out of control. In The Sorrows of Young Werther, Goethe writes:

… misunderstandings and neglect create more confusion in this world than trickery and malice. At any rate, the last two are certainly much less frequent.Yet, we seem to be wired to blame individuals and not systems…

And to make things a little trickier (to quote my HR friend):

A lot of management theory places a great deal of emphasis on “people” and process (what people are expected to do), and not the system. You’re programmed first to look for the poor performer and “get the most out of them”. When bad stuff is happening, there is no shortage of poor performers… because of the snowball effect. And you’ve staked your role on being able to unravel the problem and solve it. Trying to fix people and process is actually a lot easier than trying to help a system self-repair or figure out the space between people and process, especially if the problem has become more and more entrenched. But soon, your efforts to help are actually hurting.Anyway. Nothing groundbreaking here.

Just a reminder to challenge yourself to come up with a handful of explanations for your current predicament…and leave room for a couple that don’t involve stupidity, incompetence, malice, self-interest, and the visibly bad current behavior. What could have innocently set this all in motion? What was the problem BEFORE this problem? How are you contributing? And how might you personally reset and take things in a new direction?